My dreambox 7025 has the streaming radio program ‘dreamnetcast’ plugin, but it is not clear how this should be configured with favorite stations.

There is a file in the /etc directory called NETcaster.conf, however, it does not seem to be used.

It is important to realise that Search, TopList and GenreList all get their data from the yp.shoutcast.com server, whereas the Blue Favorites button gets its data from the /etc/genrelist.xml file (yes, counter-intuitive, I know).

I’ve got a couple of USB<->Serial adaptors, neither of which work in Vista. On plugging them in, I went to the hardware manager, and looked at the properties of the unknown device (specifically the HardwareId) - this showed up as USB\VID_0607B&PID=2301.

A quick search on the internet shows Prolific as the vendor ID 0607B, and on visiting their website, found out that they do not support Vista, and you need to go to whoever you bought your adaptors from.

My adaptors are unbranded ones, so I simply searched for another vendor with an adaptor that is Vista compatible, and uses the Prolific chipset.

I downloaded and installed the Targus PA088E drivers for Vista, installed them, and then uninstalled (this left the driver sys files behind), and I now have two working USB<->Serial adaptors under Vista. 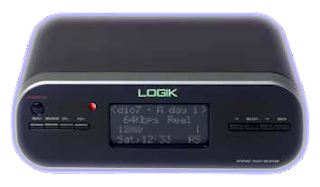 I’ve bought a couple of internet radios, which are excellent - they allow me to listen to radio stations from all over the world - my favorites at the moment being Alouette and BBC Radio 7.

The good thing about this radio, is its ability to access listen again streams, but it has a lot of downsides - it has no alarm, some of the menus are in stupid places, after a power cut the clock resets to 00:00 until you turn it on, the company providing the radio module (barracuda) and maintaining the database of stations are slow to respond.

Consequently, I am be proud to be a memeber of the Sharpfin Project. This project goal is to produce an alternative firmware to the one offered by the suppliers. It is not a reverse engineering activity, it is a “Lets use GPL applications, write some interfaces, and build a radio from scratch”. 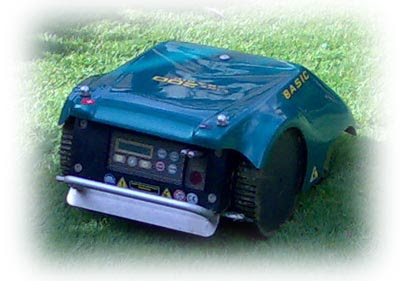 Well, as I am completely lazy, I’ve bought myself a robot lawnmower. I eventually went for the Mowbot, which is designed and built in Italy. Information is quite hard to find about these things, but it eventually became clear that the Lawnbott is exactly the same beastie under a different name.

I’ve a circular lawn, with a 65mm wide brick border around it. Time will tell if it actually manages to cut upto the edge - I was advised that it would be able to, as it will go around the edge on its way back to its garage, however when it decides it is time to go home, it drives until it meets the perimiter cable, turns right and follows the wire home. This means that the edge to the left of where it meets the wire will not be done.

It probably needs a software patch, to cut the edge by following the cable in an anti-clockwise direction before turning round and following it clockwise to get back to base.

Another unwanted feature is radio interference. My lawn is quite small, and consequently, the perimeter wire is quite short. Next-door ended up phoning the local FM radio station to ask if there were any problems with the transmitter. The old version of the installation manual expects a minimum of 20m of perimeter cable, whereas current instructions just tell you for testing you should add 35 feet of cable as the loop. My suppliers have provided me with an additional filter, and the filter (along with a 20m coil of cable) mean that Radio 4 is back on the air.

The next problem is the beeping. The mower beeps every 20 seconds when it is in the garage, and more regularly (and even louder) if it detects rain. There is no menu through which the beeping can be turned off. For some reason, the manufacturers decided to put the beep enable/disable on a hidden service menu - the mower is now quiet.

Turn on and press Pause.

You are now in the service menu.

Take care, as you can probably do some damage in this menu.

It's been over a year now, and I can confirm that Tomy does not cut up to the edge. If you lay the cable out as instructed (300mm from the edge), the robot can navigate its way back home without falling off the lawn, but leaves a 150mm ring around the lawn that it does not cut.